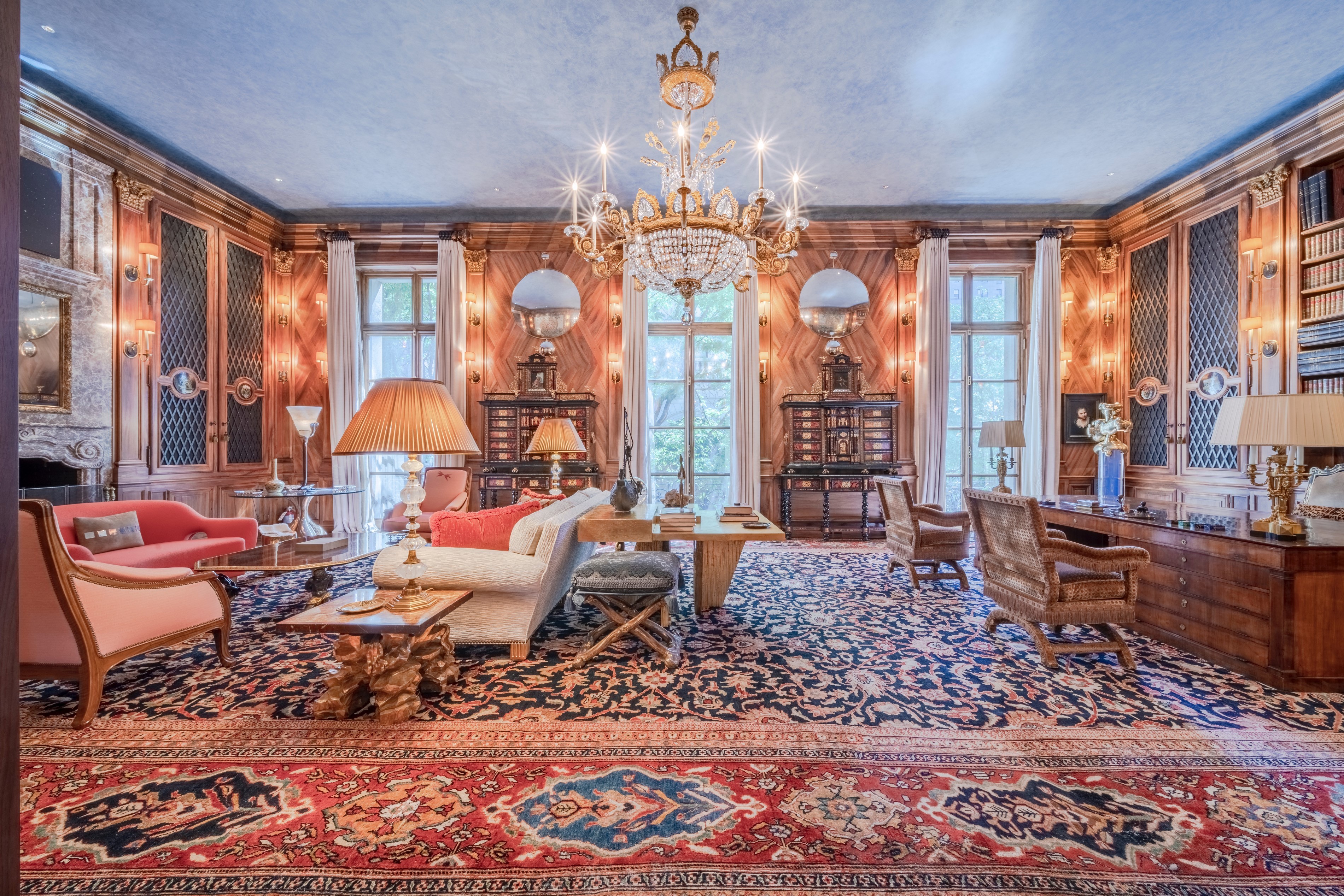 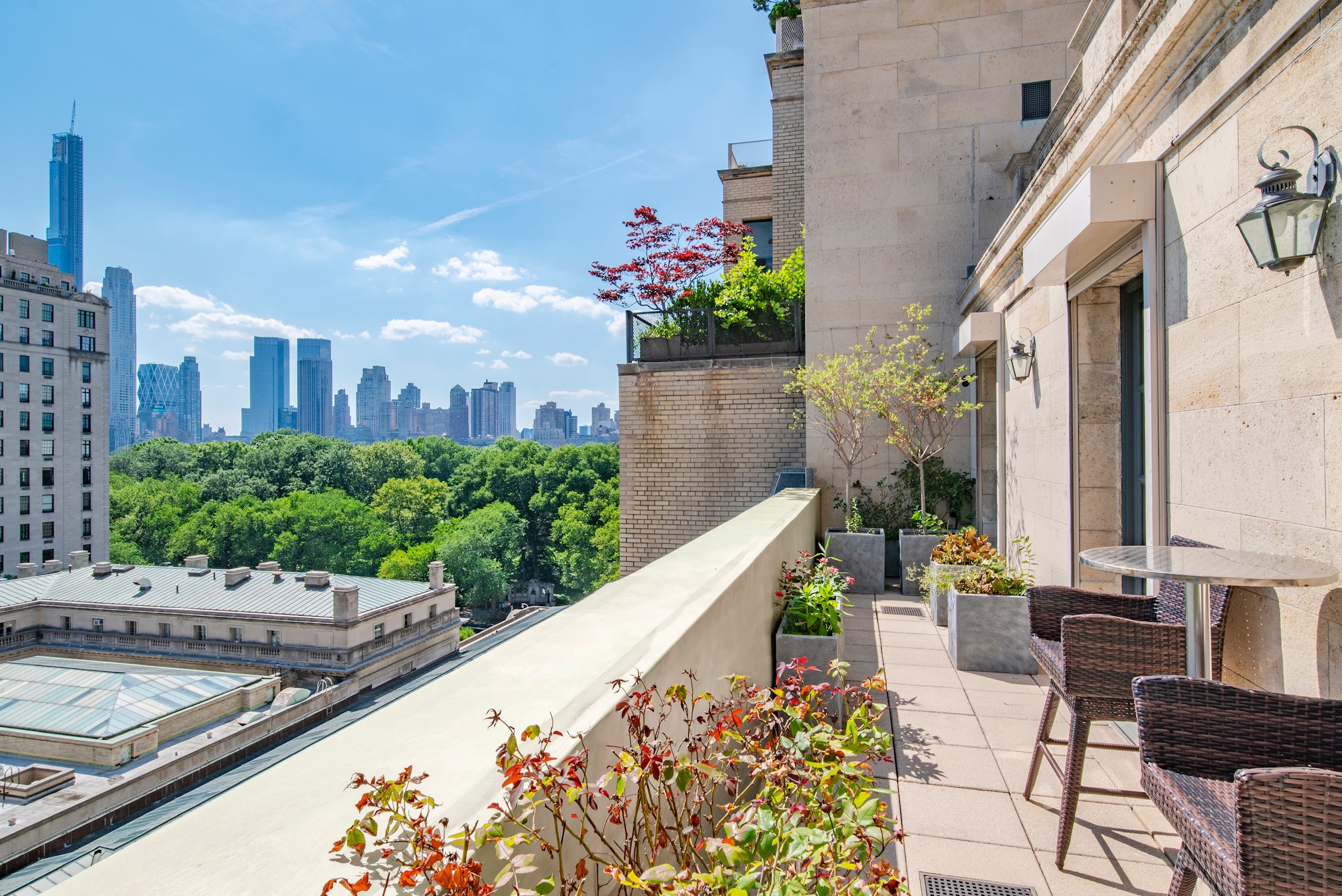 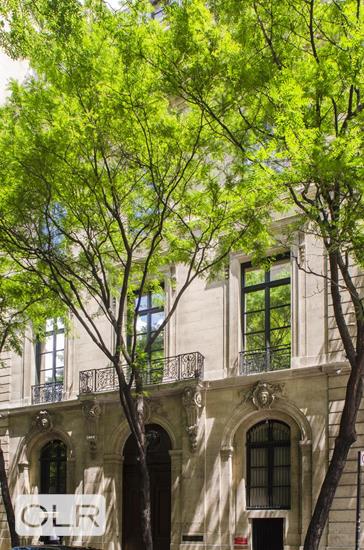 The Herbert N. Straus Mansion was the last and largest of just a handful of goliath mansions built during its era in the 1930's and it would become the capstone property of the wealthiest and most prominent block of all of New York City. The Mansion stands with provenance and commanding authority in a neighborhood steeped in New York's richest history. The handful of renowned lavish buildings that surround this Mansion include the old Cornelius Vanderbilt home, the Twombly House and across the street on Fifth Avenue, the former Frick Residence, current home of the Frick Art Collection. Its gargantuan size and opulence is perhaps only outdone by its unique location on the Upper East Side's most desired block flanked by Central Park on Fifth Avenue and St. James' Church on Madison Avenue. The property is uniquely positioned as the perpetual and unobtrusive perspective overlooking the Frick Museum to Central Park can never be blocked by new construction, a rarity in the ever-growing New York City landscape. Upon purchase of the property in 1928 by Herbert N. Straus, heir to Isidor and Ida Straus, co-owners of renowned retailers R. H. Macy & Co., the mansion was commissioned to be built in 1930. Mr. Straus specifically chose â€œSociety Architectâ€ Horace Trumbauer, known for his particular adept proficiency in designing palaces for the rich. Mr. Trumbauer's reputation for creating lavish residential manors for the wealthy allowed the accomplished architect to build the largest and most luxurious residences of the times. The Herbert N. Straus Mansion remains among Trumbauer's most well-known works and contributed to his praise as one of the most â€œprominent American architect of the Gilded Age.â€ Built as New York City's largest and most luxurious French Neo-Classical Mansion on a 50 foot wide by 102.2 foot deep lot, 7 stories and in excess of 28,000 square feet, some of the property's luxuries include 15-foot-tall oak entry doors, imported French-limestone meticulously decorated with carvings, sculpture figures and ornamental iron works. Mr. Straus even transported antiques and fixtures along with â€œentire 18th-century roomsâ€ from Europe. The mansion would eventually be acquired in 1944 by the Roman Catholic Archbishopric of New York to become an extension of the St. Claire Hospital, with up to 50 beds, for nearly twenty years. In 1962, the mansion was sold to the Birch Wathen School, a college preparatory day school from kindergarten to grade 12. In 1989, with the help of architect Thierry Despont and interior designer John Stefanidis, the property was reconverted into the ultimate private residence. Most recently, additional interior design services were provided by Alberto Pinto. This Mansion presents a once in a life-time opportunity to own the largest single-family home in New York City. This historic landmark could easily present itself as a palatial consulate, embassy, foundation, or a museum to once again house some of the world's greatest works of art.

Listing Courtesy of Modlin Group LLC
This information is not verified for authenticity or accuracy and is not guaranteed and may not reflect all real estate activity in the market. ©2021 REBNY Listing Service, Inc. All rights reserved. Additional building data provided by On-Line Residential [OLR].

Thank you for contacting us. One of our agents will be in touch shortly

Mortgage Calculator In US Dollars