You can’t get any more ultra-fashionable and hip than being in Soho (South of Houston Street.) A downtown neighborhood with a vibrant artistic life, Soho is considered to have some of the world's finest examples of the 19th century prefabricated cast-iron architectural style buildings.

SoHo is bounded by Houston Street on the northern side, Canal Street on the south, Crosby Street on the east and Sixth Avenue to the west. Once an abandoned industrial district, this neighborhood is now a haven for artists. Many of the huge warehouse buildings have been transformed into lofty studios.

In addition to its classic architectural allure, Soho also offers great shopping, art galleries, brasseries, bars and chic restaurants. Renowned for its endless array of pricey boutiques and its charming atmosphere, Soho has become one of the most sought after neighborhoods in New York City. 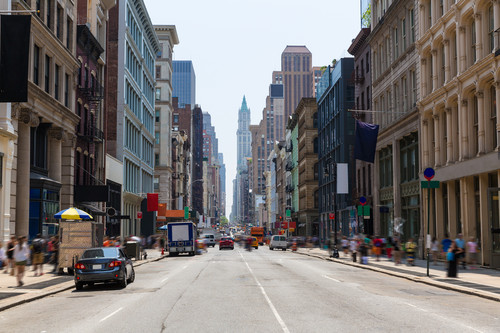